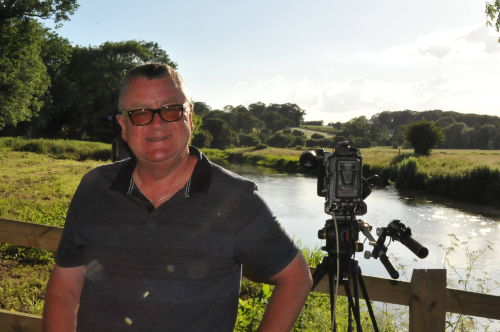 Steve Thorpe was lead cameraman on Series 2 of Fishing in the Footsteps of Mr. Crabtree.

A role which often involved self-directing as well as mentoring others. Steve is the consummate professional and a huge asset to the Toast Entertainment Group production team. Here are his reflections of filming Series 2:

It was a great fishing series to work on. My lasting memories are of James’ (Peter’s) undying enthusiasm for fishing. It is his real passion and the chemistry between John Bailey and James was just perfect and allowed James to learn so much. Even when the cameras were not rolling James continued to fish!

Our first week of filming in France was real challenge for us all, but we soon gelled as a team and filmed some magic moments. I especially enjoyed filming the chats over the campfire at the end of the day courtesy of the Petromax barbecue stove and pressure lanterns which made the scenes very atmospheric.

During the course of filming James caught a lot of “personal bests” for different species of fish…he even hooked me in the neck on one occasion whilst casting…ouch!  ( I have forgiven him though as it was really my fault for filming up too close )

The sunrise and sunset shots were at times beautiful with the added bonus of sometimes being the best time to catch. I hope this series inspires more young Peter’s to go and get out there by the rivers and fish!