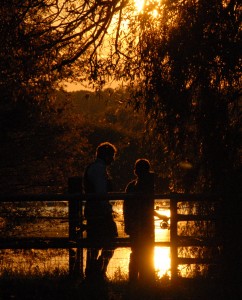 (aka Fishing In the footsteps of Mr. Crabtree)

Presented by John Bailey, the new series premiered on Quest on January 24that 9pm. The Discovery network’s biggest UK channel, reaching 1.2 million adults on a daily basis, Quest is accessible to almost 100% of the UK’s households, available on Freeview (38), Sky (154) and Virgin (179).

The original Mr. Crabtree goes Fishing is the comic strip story of a father who takes his son Peter on a series of angling adventures over the course of a year, fishing for a variety of species along the rivers and lakes of Britain.  It became the most iconic angling book ever  – selling something like 4 million copies – and for many is still the touchstone against which every angling book will always be judged.

Author and presenter John Bailey is a lifelong angler, an original ‘Crabtree Kid’, and one of today’s most internationally renowned fishermen and guides. With a publishing and presenting career spanning 4 decades, John is the perfect presenter for Fishing in the footsteps of Mr. Crabtree and his knowledge and obvious passion for angling shines through in every episode.

Produced by Toast Entertainment Group for Mr. Crabtree Ltd, this show is packed full of positive messages about getting kids involved in the sport, in getting outdoors, the importance of role models and mentors, of teaching and respect of the environment. But above all it is a great series of fishing journeys in beautiful countryside catching fish and having fun. Angling has so much to offer at so many different levels and Mr. Crabtree is the essence of fishing and what it should be all about.

The Crabtree ethos reaches far beyond fishing, because at its heart it’s about the most essential of human traits. Through the teachings of Mr. Crabtree it’s possible to convey respect, discipline, tenacity, enthusiasm, confidence and more. The show highlights the importance of role models, mentoring and guidance in forming young minds, and does it in a way that empowers and involves children, letting them make their own mistakes in scenarios designed to boost confidence.

Mr. Crabtree provides the platform to bring generations together in harmony, to cut through the gender and class divide, and to provide a level playing field for all. This is genuinely what fishing does for people, and if you listen long enough to the tales that anglers tell, you will hear this message loud and clear.

In that sense Crabtree is a movement, a force for good, and it has a pivotal place in our society. They celebrate the fusion of classic and contemporary methods, not just in fishing but in their communications with their audience. Their new book is a beautifully written and produced modern classic hardback, but they are equally as comfortable in the digital arena, reaching out to their community through facebook and twitter, wholeheartedly embracing social media and contemporary communications.

Mr. Crabtree is here to highlight not just everything that’s good about angling, but to go further, to give youngsters a direction, a passion, something else to consider and, possibly, a reason not to make the wrong choices in life.