Do we really need a closed season?

Do we really need a closed season? 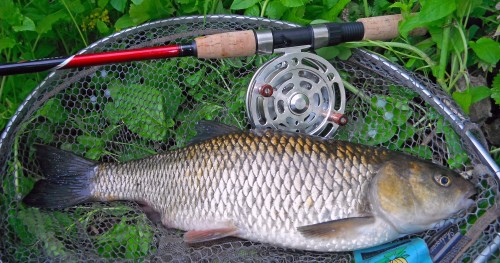 With no closed season on still waters and canals then why should it still apply to the rivers? Most angles will argue that, due to unpredictable and uncharacteristic seasons, fish like Barbel and Chub will often begin spawning early or even late, which will fall into the end of a season or the beginning of the new one.

I myself have witnessed fish in spawn as late as July, a great sight to see but certainly not a time to drop a bait in the water.

There are highly pressured rivers and meadows which, in my opinion, deserve a break from all the human presence. On the flip side I have a stretch of water which I rarely, if ever, see another angler on.

The bottom line is, we will never be able to get the dates of a closed season perfect to the point where fish are not fished for during their spawning. Different species spawn at different times and if this and the ever changing seasons were taken into account then we would only have a 3/4 month time frame to fish our rivers each year.

So, should there still really be a closed season on our rivers?

In short, yes there should be…

There are many reasons as to why I believe the closed seasons should still be enforced, none of which you would not have heard before.

Unlike heavily stocked pools and match stretches of canals our rivers are very much wild, it is the only place inland asides from a handful of wild lakes, you can wet a line and truly be fishing for wild animals.

This and all of the nature surrounding them has to be treated with respect and we all have to understand that we are partaking in a pastime and a hobby purely for our own pleasure.

It might not suit everyone, and it might be a miserable time for the river angler, but I believe that the closed season really makes us appreciate what we have and how lucky we are with the UK river system.

After all, that special date of June the 16th would be nothing without it!